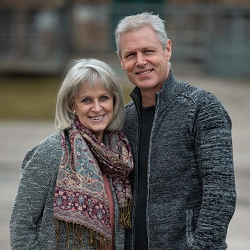 Wayne and René were born in South Africa. Wayne comes from a German family that emigrated to South Africa in the nineteenth century. The two grew up in South Africa as native English speakers. Wayne became a Christian when he was 17 years old. René grew up in a pastor’s family and became a believer as a child.

René is a primary school teacher. Under the South African legal system, Wayne is a tax consultant and certified public accountant. Between 1987 and 1989, he was sent to Germany for two years of training by his employer at the time.  During this time, Wayne and René had a vision of someday being involved in church ministry in Germany. After returning to Johannesburg, Wayne worked for his employer for 3 more years before Cornerstone Church, Johannesburg, asked him to join their pastoral team on full-time staff in 1992.

Their experience at Cornerstone Church, an evangelical free church, was very important and had a profound impact on their lives. They experienced healthy team and leadership structures in a church context.

In 1993, Wayne and René planted a new church east of Johannesburg with the full support of the sending church. They had their own first experience as church leaders here. The plant was very successful and they experienced strong growth. During this time the church also purchased a building to facilitate all the church meetings and activities.

The Lord confirmed and blessed their obedience and the church in Dresden has become stable and grown steadily since then. The Jesus Gemeinde celebrates 5 services on most Sundays at various locations. The services are regularly attended by over 1,000 adults and children and the core leadership team is made up of 13 pastors.

At the beginning of 2015, Wayne and René began to sense that the Lord was planning something new – specifically that they should start a network. In the following years, numerous prophecies from different leaders in different countries confirmed this step. After much reflection and consultation with their eldership team, they decided to to take this step. And therefore, in July 2018, the Activate Network was founded under their leadership. Wayne and René travel extensively to strengthen and support the churches that are networking with them.

Wayne’s heart is for healthy leadership and team building, vibrant, effective, biblical, relevant and strong churches worldwide, and networking church leaders who want to lead their churches according to the biblical pattern. The importance of the Gospel and Jesus Christ as the centre and focus of every church is also a key theme.

Wayne and René have been married for 38 years and have 3 married children and 6 grandchildren. 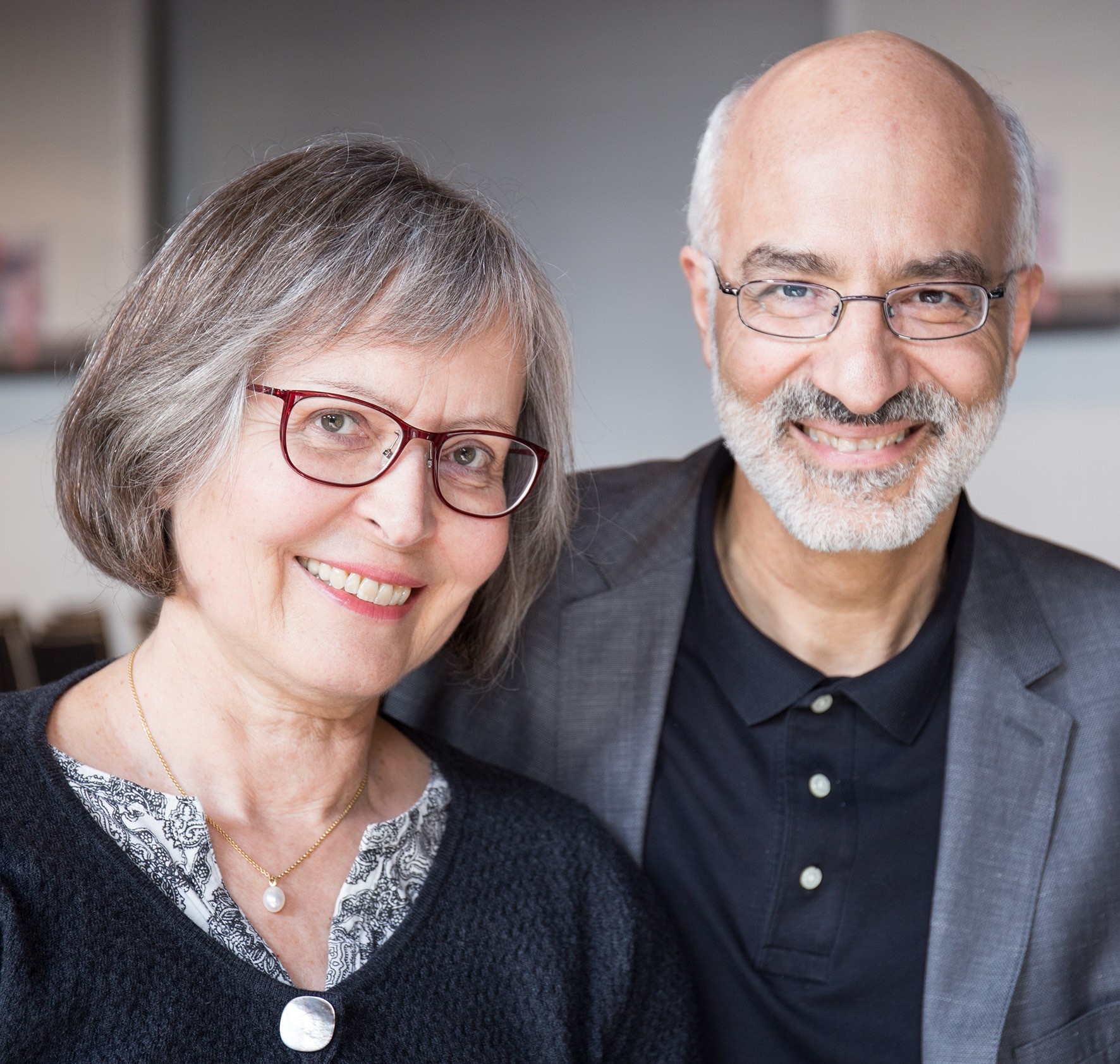 Adnan and Helga have been in the leadership of the Christian Center Bielefeld for many years. As a multicultural couple (American-Arab and Franconian) with five grown children as well as grandchildren, the fact that at the end of time people from all cultures will stand before God and worship Him spurs them on be part of the Activate Network. Therefore, inspiring praise for the Lord and at the same time reaching the unreached is close to their hearts. 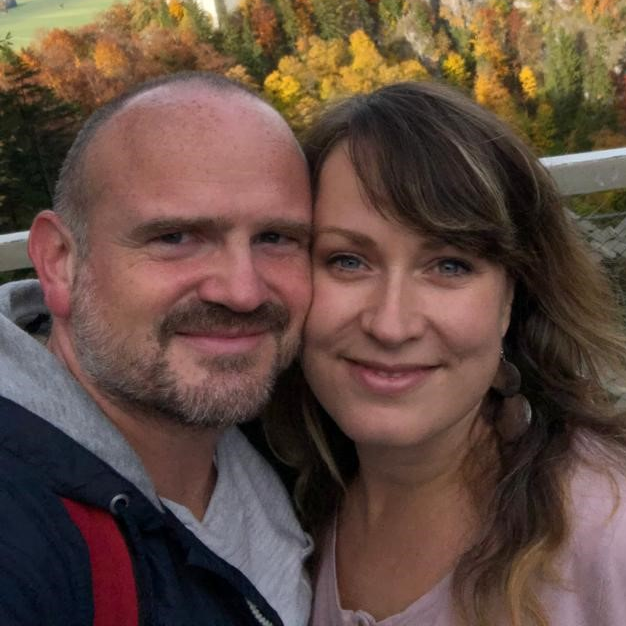 André and Kathi have been married since 2005 and have two children. Both have studied social pedagogy. André worked in open children and youth work and Kathi in social counseling; and currently she works in school support. For many years they were part of the team of elders at Jesus Gemeinde Dresden, where they led the children’s and youth work, preached, conducted evangelistic services and were responsible for the evening service. Across denominations, they preach in other churches as part of the Activate Network and have led the JESUSlive conference for many years. Since 2017, André and Kathi have been the lead pastor couple of Jesus Zentrum Meißen and love working as a team. They love to be with people and to support them in the exercise of their gifts and to accompany them on the way in their calling. 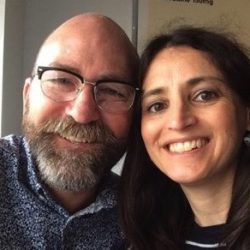 Ant and Helen Rist lead the Forest Town Church in St. Albans in England. In 2000 they relocated from South Africa, where they had been serving as part of the leadership team for many years, to Great Britain to plant the church there. With great joy they have been building the church there for the past 16 years. Ant loves to preach and to teach, while Helen works as the coordinator of the church ministry and serves both with her prophetic gifting and preaching. They have two sons, Matthew and Jesse. 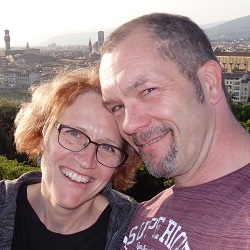 Christoph and Marianne were both born in Switzerland and got married in 1987. They have five children, who were all born and grew up in Germany. In 1989, they came to Germany for two years to visit the “Glaubenszentrum” in Bad-Gandersheim. They became part of the leadership team in CZ-Herborn in 1991 and then moved to Meissen to plant a church in 1997. They led that church for 20 years and then passed it on to new leaders. Since then (November 2017), they have been leading a church in the Activate Network in Brandenburg an der Havel. Christoph and Marianne love north-eastern Germany and have a heart for the many smaller churches. They see these as an opportunity to reach the people living there. Proactive church life, leadership development and visionary and pioneering life with Jesus are close to Christoph’s heart. Since 2018, he has played an active role in the Activate Training courses in Germany and in partner churches in Bulgaria. Christoph and Marianne have been connected to Wayne and Rene and part of the network since 2001. 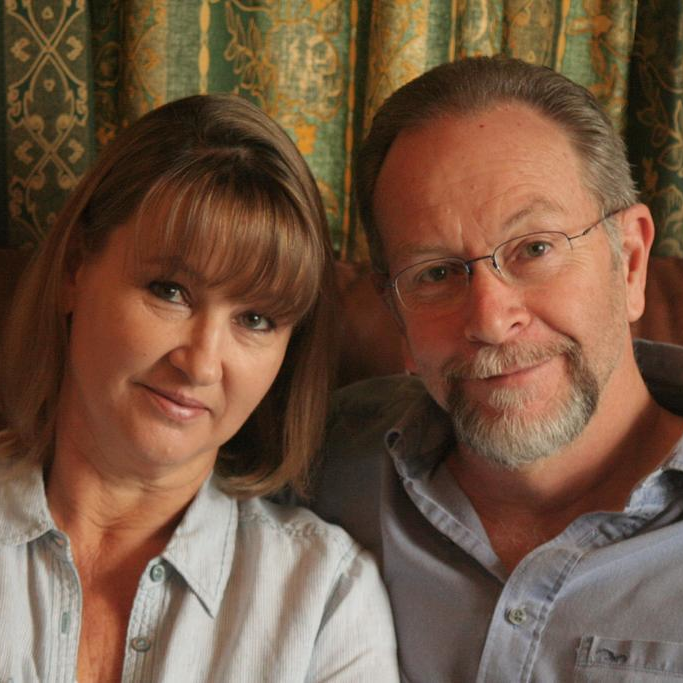 Sandra and Clive are both South African born and educated.  They moved to the UK in 1999 to take over the running of a Christian School in Hertfordshire and Clive was the principal of the school for 21 years before retiring from the position a year ago. Sandra is the head of the preschool section of the ministry. They have two adult children and are looking forward to becoming grandparents in March 2022!

Clive is an elder at Forest Town Church in St Albans and works for the church as Mission Coordinator. They are honoured to be included in the translocal team as they love meeting and supporting fellow believers in different parts of the world and trust that they can contribute to the work of Activate Network. They have a desire to see believers growing in intimacy with God and in their understanding of worship. 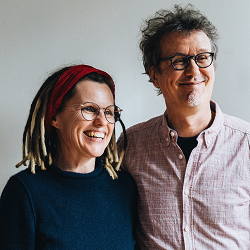 Dan and Antje moved to Dresden in 2007 and were actively involved in the elders team of the Jesus Gemeinde Dresden for 12 years. Now, Dan works full time for an international interdenominational Christian relief organization. They have the couples course “twogether” for prospective and married couples, personal encouragement, hearing God’s voice, prayer and fellowship on their hearts. 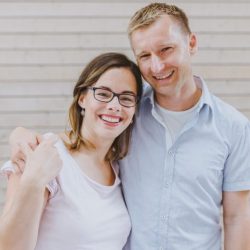 Dierk is (happily!) married to Nadia, has two children and lives with his family in Dresden. He has been an elder in Jesus Gemeinde since 2012 and was a pastor in a youth church before that. Dierk studied theology in Kansas City, USA, and graduated from the Midwestern Baptist Theological Seminary with a Master’s degree in biblical languages. In his doctoral thesis (PhD University of Pretoria) he examined the military language in Paul’s letter to the Philippians. Today, Dierk is the academic leader of the Promoveo bible school in Dresden. He has been functioning as a guest lecturer at the Theological Seminary Beröa and, in addition to that, is a co-founder and lecturer at the pastoral seminar Forerunner Leadership Institute Tainan, Taiwan.
Dierk has a captivating way to excite people for the word of God and to pass on theology in a vibrant manner. 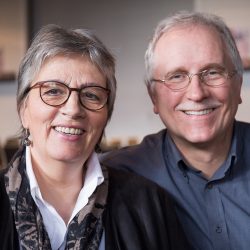 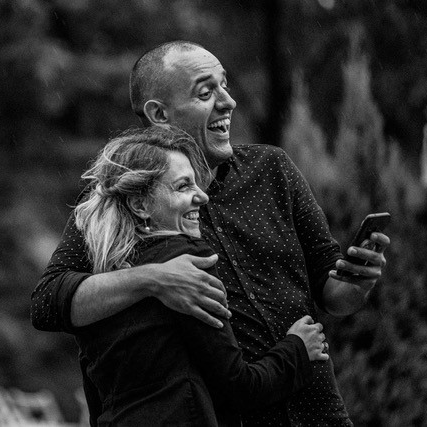 Misho and Iva live in Sofia, Bulgaria, with their two wonderful daughters. They serve on the leadership team at Crossroads Church in Sofia, Bulgaria. Over the years, they’ve supported the development of several ministries, including the worship team, teen, young adults and women ministries, as well as the church training and discipleship programs. Their calling has always been to enlarge the Kingdom of God by helping people grow – both at church and outside of it. Iva combines her applied arts skills with degrees in Education and Gamification. She specializes in developing innovative training programs and products. Misho holds degrees in Communications and Theology and has a deep interest in the fields of apologetics, philosophy and anthropology. Apart from his church ministry he serves as an organizational consultant for a variety of business and non-profit organizations in the EMEA region. 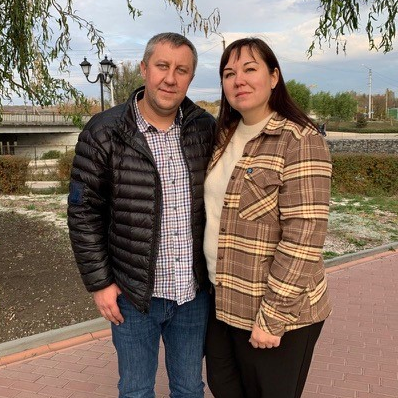 Slava und Sascha have been senior pastors in the Church of the Glory of the Lord in Bakhmut since 2008.  They are also responsible for 6 daughter churches in eastern Ukraine. In 2010, they met Wayne und René which encouraged and restored them for their ministry. They have a burning desire in their hearts to see people saved, lift up leaders and strengthen relationships with other churches by spreading the values of God’s Kingdom. They are honoured to be a part of the Activate Translocal Team. They are also the happy parents of three children. 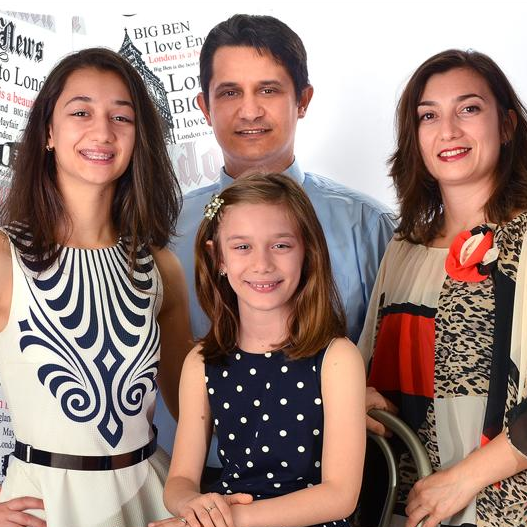 Stiliyan & Iliyana Mihaylov serve in Stara Zagora, Bulgaria. They got married in 1996 and have two daughters, Anastasia and Rafaela. In 2003 Stiliyan was called to serve on a regional level and from 2006 he became a regional overseer. He now continues to oversee about 50 churches.

Their heart burns for the expansion of God’s Kingdom and in the years of their ministry they have been involved in planting 8 different churches.

In the middle of 2016, they replanted Agape Church with friends in the downtown area of Stara Zagora, where they currently continue to serve as senior pastors. 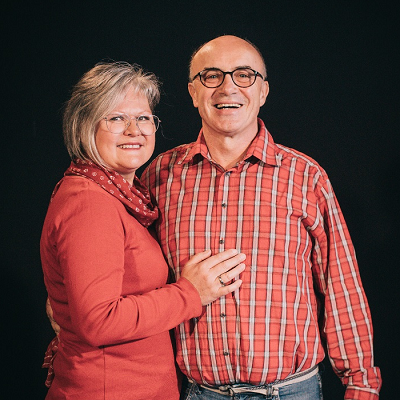 Uwe and Bärbel Dittrich both come from non-Christian homes. In 1987, they gave their lives to Jesus. That really shook up their lives. From that time on their hearts were set on church building, also in the national sphere. They have relationships with churches in various European countries, such as the Czech Republic, Slovenia and of course Germany. Their heart beats for people of all nations – people who know Jesus and people who do not know Jesus yet. With their ministry they want to help to build the Kingdom of God everywhere. 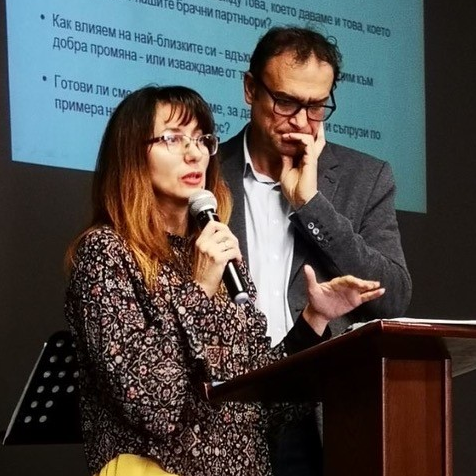 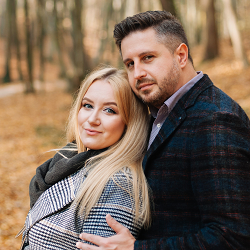 Volodymyr Bilyk is the senior pastor Spring of Life Church and bishop for 11 churches in Lviv, Ukraine. He has a heart to build and maintain local churches wisely so that they grow, are healthy and influence their regions. He wants to do this by equipping leaders and teams. He is married to Iryna and has two children. 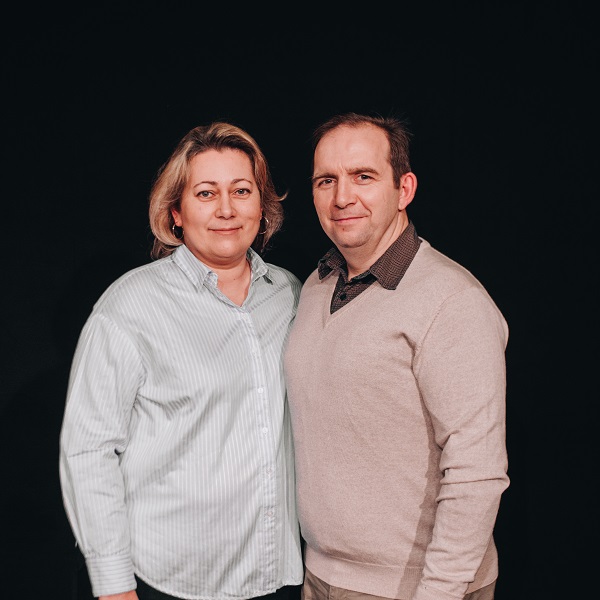 Talk to us during one of our events near you or get in contact via the link below.