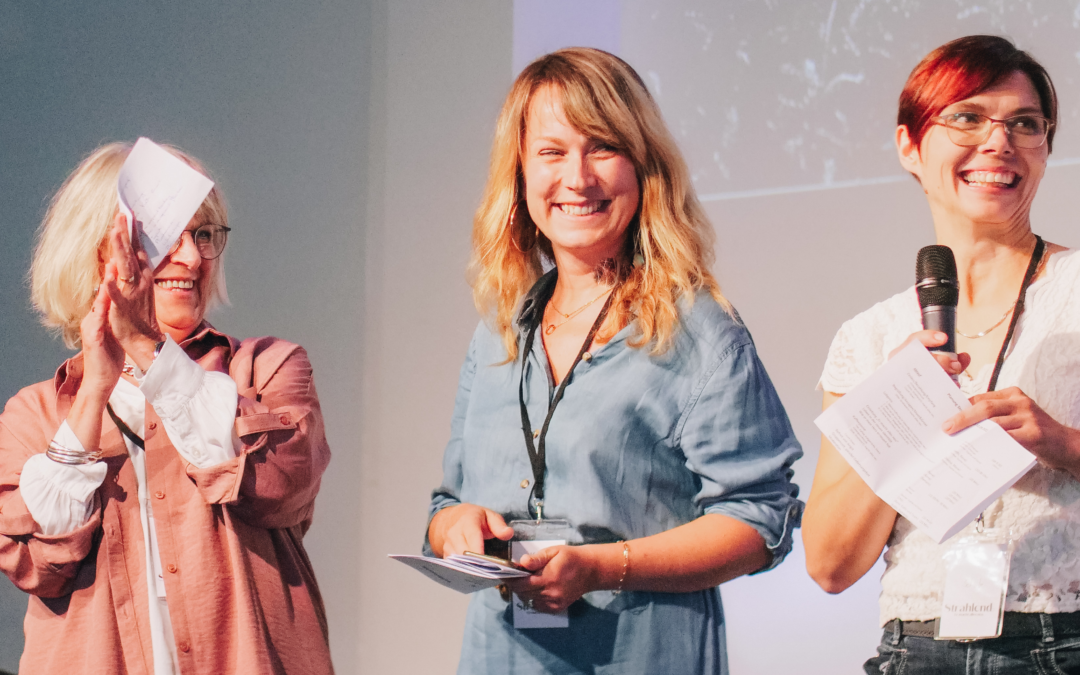 Finally, the time had come: the final preparations had been made. The decorations were in place. The gluten-free macarons had been ordered and about 180 visitors from 14 churches had arrived at Forum Hoffnung. Lovingly welcomed, some soon populated the coffee counter in thirst, while others inspected the range of workshops or already took a seat in the beautifully decorated hall. The conference began with worship and two inputs.

I was happy that my mom (who is not a believer) had also accepted the invitation. “I could have a look at it for two hours”. A little uneasy in my seat, I listened to the biblical explanations about the letter to the Ephesians. Hopefully it won’t be too dry for her, I thought. I wonder when the testimonies will come?

Along followed an extensive lunch break, which gave time to digest. Besides food containing meat and vegetarian food, a small salad bar also delighted the women’s hearts. The Lord was kind to us and blessed us with glorious sunshine in the garden.

In the workshops that followed, where I chose “Listening to God in Silence,” Mom attended the “Oils Workshop” and later came back to the hall smelling good to listen to the touching life testimonies of two women.

In the prayer time that followed, the room was filled with the Holy Spirit. Many women received prayer, comfort, etc. At this point, my mom went outside to “get some fresh air.” Must have been a bit unusual after all…

Moved by the final short testimony part, where individual women demonstrated on cardboard signs what God had done uniquely in their lives, mom did not miss the opportunity to also participate in the coffee drinking. 🙂

Thank you Lord for this valuable time. 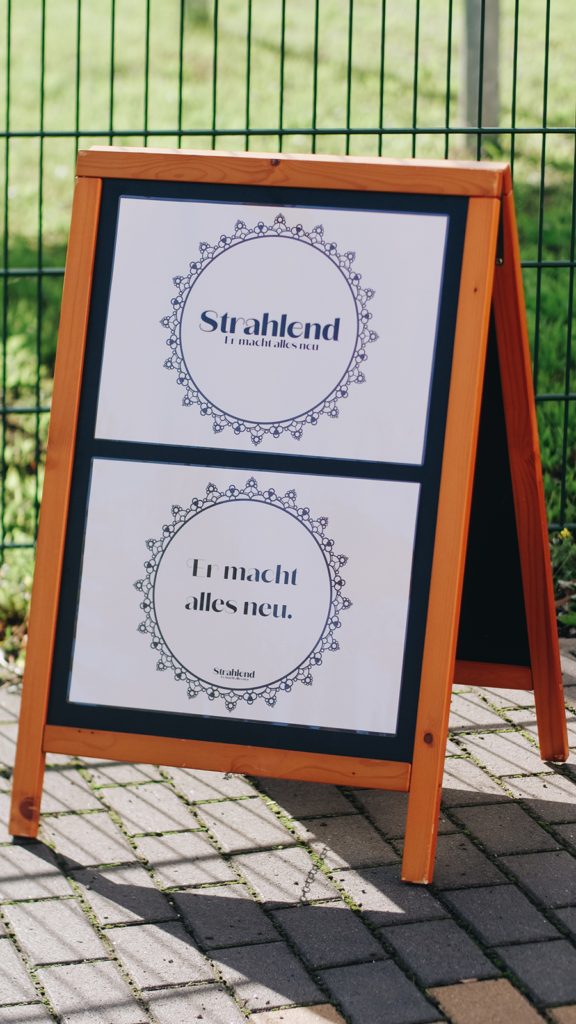 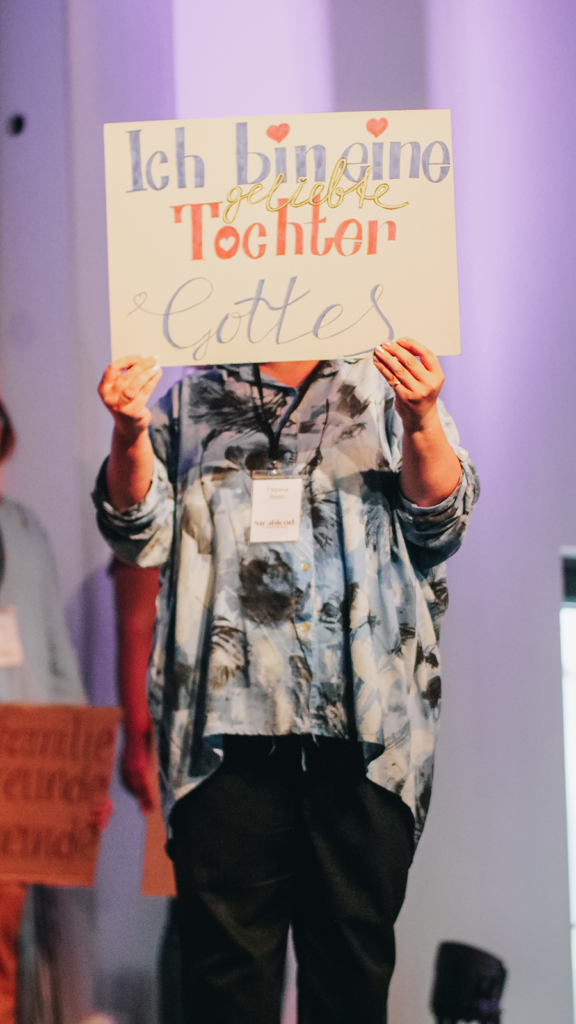 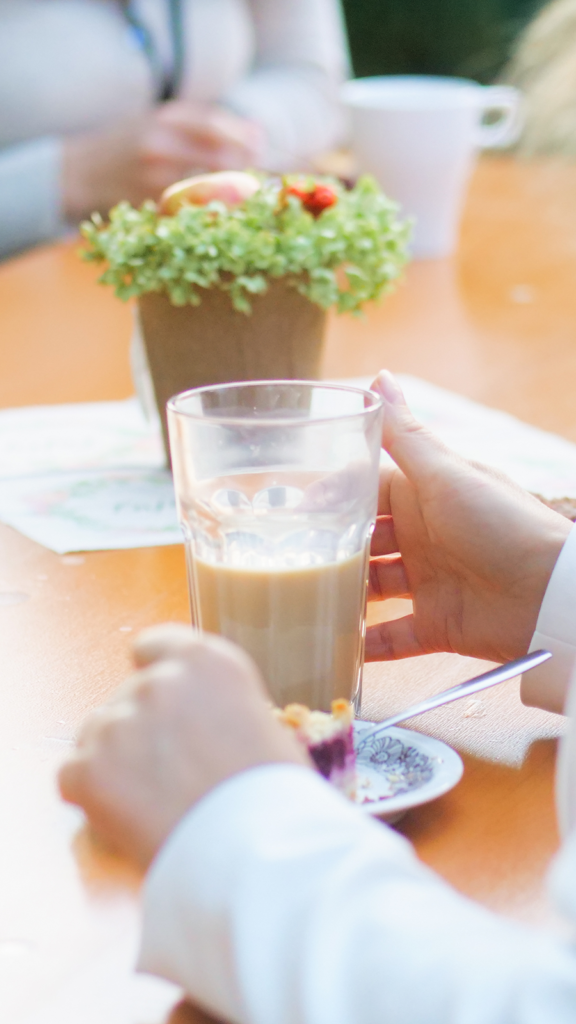